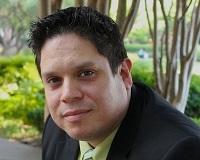 Josh Ibarra was born and raised in and around the great city of Chicago. He was encouraged every step of the way to go strive for a better life by his parents who'd come to the United States from Mexico and Honduras. It was by their example that Josh developed a strong work ethic and the desire to succeed.

After graduating from the University of Illinois at Urbana-Champaign with a degree in General Engineering, Josh relocated to Phoenix, Arizona in search of warmer weather. It was there where he began his professional career as a civil engineer. He worked on engineering projects with an emphasis on land development and became a registered Professional Engineer (P.E.). He became familiar with the design and development of residential subdivisions as well as commercial developments both large and small and worked on projects all over the United States. It's this line of work that eventually brought Josh to Dallas where he continued his work in land development and and project management.

Josh joined JP & Associates as a team member to one of JPAR's successful agents - Naddia Morales. His professional experience in a related field will translate into success at JPAR.